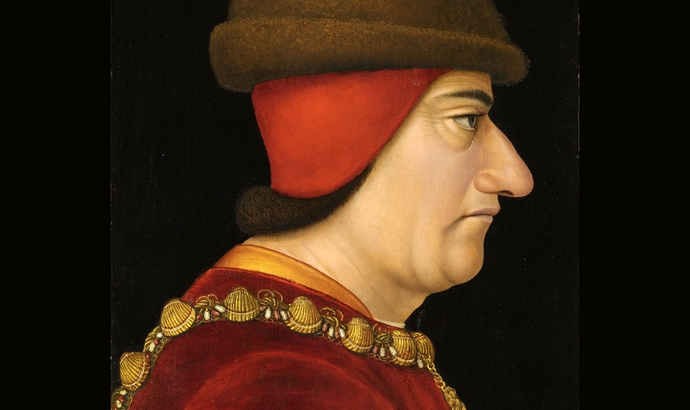 He went hunting with his father and took part in the campaigns and negotiations that punctuated the end of the Hundred Years' War.

But his relationship with his father was abysmal. In particular, he criticised his father's relationship with Agnès Sorel. The Dauphin Louis actively plotted against the king's authority. He joined the unrest of the big feudal lords (Alençon, Anjou, Bourbon) against Charles VII. During the Praguerie (1440) revolt, the captain and the royal garrison of Loches turned against the king. The king had to take back his good city by sending in troops. Louis had become a threat and was exiled to Dauphiné by the king (1447).

When he became king (1460), Louis XI confirmed the transformation of the fortress of Loches into a state prison, which had already been started by Charles VII. He also completed the site's reinforcement with the construction of the Martelet tower and the barbican. The (controversial) reputation of cruelty against his enemies is associated with the symbol of iron cages ("the king's little girls" were in fact the shackles put on the prisoners' necks), which popular imagery has often placed in the keep of Loches.